Underlords are units that players may choose to play with in Dota Underlords. Each Underlord offers a unique gameplay style.

On Round 10, players choose between the four Underlords. Each is randomly given one of two fighting styles that modifies their Active Ability and Ultimate.

Underlords have no mana and their abilities are placed on cooldown from the start of each match.

Underlords start at rank 1. At the end of every 5 rounds, they gain one rank, maxing out at rank 6 on Round 40.

With each rank, Underlords gain health, damage, and sometimes armor. The values of some abilities also increase every rank.

The following names can be found quoted alongside the four known Underlords beneath each Hero's abilities in the Rulebook. Several of them can also be found in issues of the Early Bird in its stories and comics. 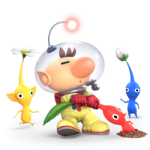