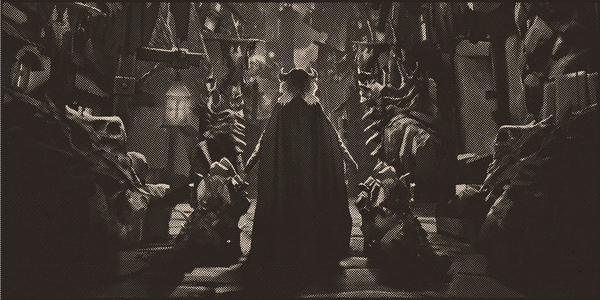 Once again, outsiders have come to The Warrens...only this time interlopers threatens not just my kingdom, but all of White Spire. If we don't root out these Dire worshippers now, it won't matter who rules White Spire...we'll all be dead. For now, we must band together and slaughter them all - Enno's words as transcribed by Enno's seneschal YipYip

Tragedy struck Grek's arena today, as his undercard talent went berserk and started attacking fans in the stands, spurring a group of gladiators to action. (More on page 3)

Last night, religious converts broke into Anessix's estate, hoping to claim the property in the name of their new priestess, Kanna. Fortunately for Anessix, she had some questionable friends over for cocktails. (More on page 2)

Hint: The Pope of Pestilence

No comic this week.